The Independent Trade Union of Miners of Ukraine  has secured a major victory for the 94 miner facing court proceedings.   The miners at the uranium mine “Ingulska” were facing court after protesting for months of unpaid wages.

This followed a major campaign in which the Ukraine Solidarity Campaign with comrades in the Labour MP’s played a key role in assisting the miners.  Labour leader Jeremy Corbyn responded to the news declaring ‘Well done this shows what solidarity can achieve’. 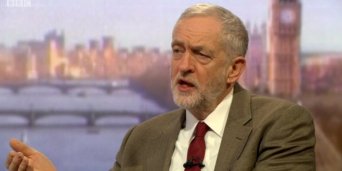 An early day motion was submitted by Clive Lewis MP in support of the miners and supported by Labour leader Jeremy Corbyn, the miners case was raised during the 20 December parliamentary debate on Ukraine by Khalid Mahmood MP.

After two hearings and challenges by the miners union the case was was held in Kropyvnytskyi and dismissed without hearing the employers claim against the miners.

The Chairman of the Confederation of Free Trade Unions of Ukraine and the Independent Trade Union of Miners of Ukraine Mykhaylo Volynets made a comment:

“We do appreciate the solidarity and support that we received from our trade union brothers and sisters and partners during this struggle”.  On behalf of members of NPGU, I want to thank you for support and help!