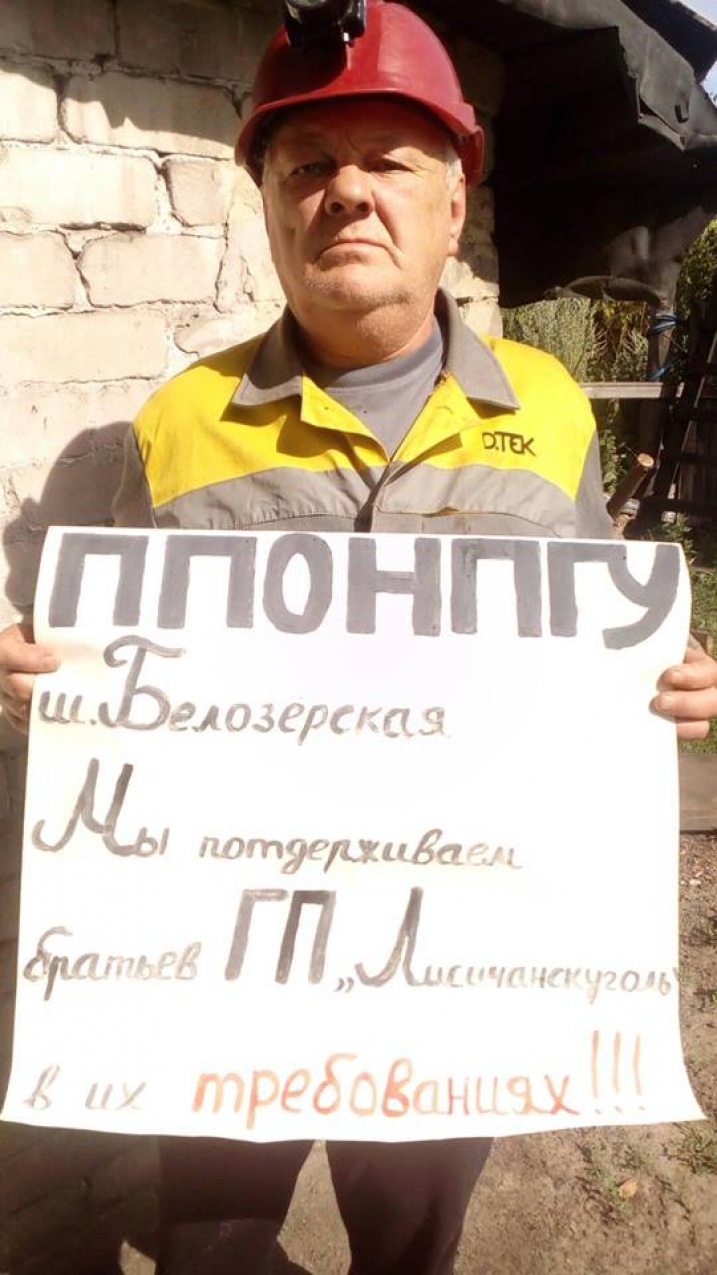 Miners from two mines owned by the state enterprise Lysychanskvugillya in the Luhansk region of Ukraine are staying underground, demanding that salaries owed are paid. The protest is being supported by 300 family members and by activists across Ukraine from the NGPU (Independent Union of Mineworkers of Ukraine)

On 15 July, 70 miners from the first shift In the Kapustin mine launched an underground action, protesting against salary arrears since 2015, totaling 96 million UAH ($ 3,7 million US).

31 miners are currently underground, according to IndustriALL affiliate the Independent Trade Union of Miners of Ukraine (NPGU). Drainage and ventilation systems are working in the mine, but company administration kept silence about the rally for more than a day and failed to inform the rescue servicers, which is a gross violation.

On 16 July, 21 miners at the Novodruzhska mine also went on strike.

According to the NPGU president Mykhailo Volynets, there are wage arrears at other state mines as well:

“On 13 July, parliamentarians approved changes to the state budget. 280 million UAH (US$ 10,8 million) was allocated in support of the mining industry. I hope that these funds will be used to pay arrears of wages. An additional 100 million UAH (US$ 3,8 million) was allocated for the provision of labour protection measures, but that is only half of what was promised.”

According to Volynets, if the debt is not repaid by the Miner’s Day at the end of August, similar strikes will take place around Ukraine.

On 17 July, miners’ families and colleagues from other mines held a rally near the Kapustin mine to express their solidarity with the protesters.

It is outrageous that the miners have to strike to get paid. We call on the employer to engage in a dialogue with the union and workers.