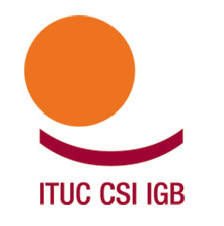 21 May 201521 May 2015 ukrainesolidaritycampaign ITUC, Ukrainian Miners

ITUC appeals to President Poroshenko in support of Ukrainian Miners

Sharon Burrow  General Secretary of the International Trade Union Confederation has written to the President of Ukraine protesting at the failure to engage with the Ukrainian miners trades unions who are in a major dispute against pit closures.  This is an important step in building international solidarity with the miners struggle. 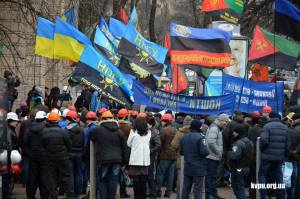 unions in Ukraine that, following a series of actions aimed at drawing attention to the urgent problems in the sector and at engaging in a dialogue to consider possible solutions for these problems, the relevant authorities have turned a deaf ear to the legitimate demands of the workers and their unions. This is hardly the approach of responsible democratic governance, moreover oriented towards European Union values and standards of behaviour.

The ITUC shares the concerns and the anger of the Independent Trade Union of Miners of Ukraine (NPGU) in such a critical situation of the entire fuel-energy sector of Ukraine. The failure to support the operation of coal mines in Ukraine has big repercussions on the social protection of workers and threatens to spill over beyond the borders of the miners’ communities. Denying the right to proper social dialogue and failure to address the vital challenges of the companies and their workers in conditions of such urgency could only lead to further tensions and force unions to resort to other means.

We therefore urge you, dear Mr President, to use your influence and authority to facilitate the immediate start of a genuine social dialogue with the miners as the only way to search for a real solution of a difficult and challenging situation for both the workers and the country.

On behalf of the 175 million workers in more than 150 countries that the ITUC represents we call on the Ukrainian Government to take into consideration the voice of the working people in the energy sector and urgently start negotiations for remedying the failures of the current approach and secure working and living conditions that the coal miners deserve in a Ukraine headed towards a EU future.