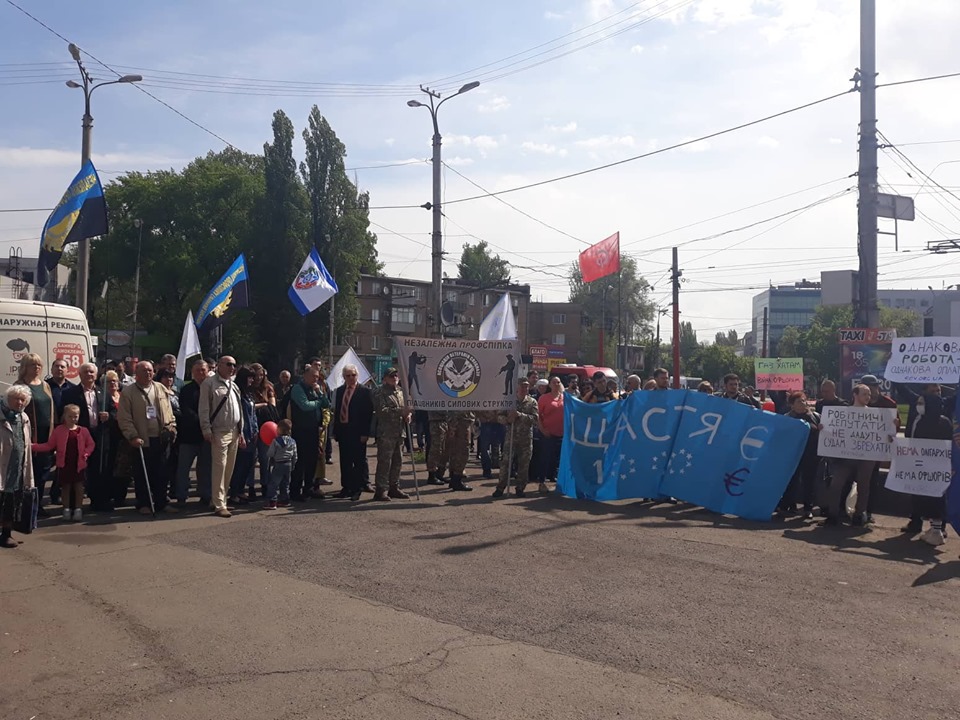 The workers and activists demanded a wage increase of up to € 1,000 for workers and and decent working conditions. They noted that the owners of iron ore enterprises put a significant part of the profits offshore. So, both the workers and the Ukrainian budget lose billions annually. Previously, Social Movement has recorded that over the last 4 months prices for iron ore increased by 50% . However, it still has no effect on wages.

On May Day, the participants of the rally chanted: “Do not work for pennies, but join the trade union”.

During the speeches activists stressed the absence of any political representation of the working class, which poses a risk of cutting workers rights , the use of offshoring of profits and the plunder of the nation’s property.

At the same time, a Women’s May Day  and an action of trade unions took place in Kyiv , where, in particular, teachers demanded a pay increase and budgets fro schools.:

Whilst in Lviv during May Day a banner was put up saying “Lviv: Paradise for tourists, hell for workers”. b against exploitation of service workers