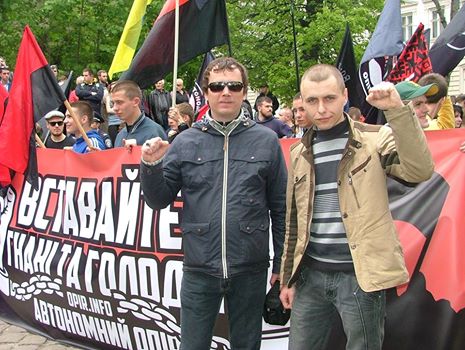 Despite The Disruptions Of War And Hindrance Of The Authorities There Were Active May Day Actions In Ukraine.

In KYIV supporters of the New Left “Assembly of social revolution held a ‘march for social change’ and rally at the statue of the Ukrainian socialist Ivan Franko.  They issued a film promoting the demonstration:

Participants emphasized that May Day is not a relic of the Soviet era, but a celebration that is actively celebrated in Europe, where people are fighting for their rights.  The event was joined by the leading French socialist Alain Krivine and a representative of the LGBT community Elena Shevchenko, who stressed the importance of assistance to all suffering from discrimination