March 16, 2015 in Dnepropetrovsk was held to protest against the administrations pressure on independent  Trade Unions of Ukraine. 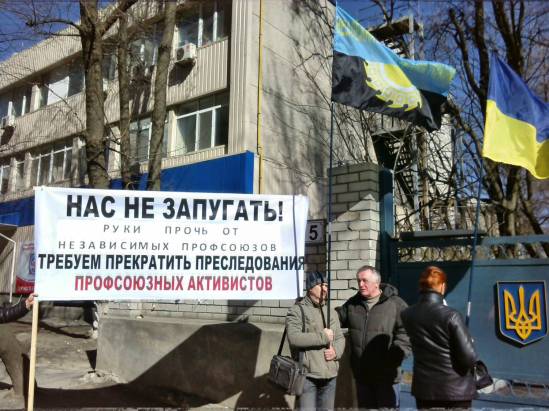 the main YuGOK union organization at this enterprise – the Independent Trade Union of Miners of Ukraine – NPGU.

The action was carried out jointly by representatives NPGU Dnepropetrovsk, Krivyi Rih and Kyiv, representatives of the Independent Trade Union “Defence of Labour.” Banners declared that:

“We will not be intimidated, hands off independent unions, stop the persecution of independent trade union activists.”