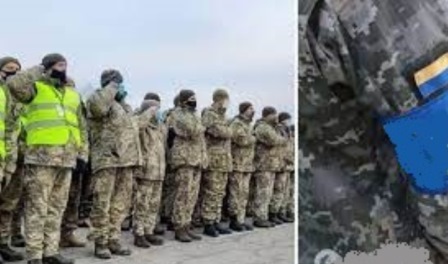 War and Resistance Report No. 3

Mariupol, Bucha. Irpen. Borodianka, Troatianets, Kramatorsk, the outskirts of Kyiv…By the time this blog is published the list of locations where atrocities are known to have occurred – the tortures, executions and mass rapes – will be even longer. They already show that they are systematic acts, not sporadic. How could this be happening?  And what kind of people are carrying them out?

Let us look here at the political context for one part of the answer. When Yanukovych was driven from power in February 2014 Russia responded by seizing Crimea and backing the separatists in Donbas, arming, funding and eventually appointing the leaders of the Crimean peninsula and the Donetsk Peoples Republic (DNR) and Luhansk Peoples Republic (LNR) statelets.  The Ukrainian army, backed by thousands of patriotic volunteers, held the line against the separatists and thwarted the Russians’ attempt to take control of a far bigger chunk of territory from Donbas all the way to Moldova. Here begins the Russian state’s narrative and its international propaganda campaign that labelled the Kyiv government as a “fascist junta” and all who resisted Russia’s incursions as Nazis. Russia’s campaign was disseminated by state owned media and  abroad by Russia Today television, by trolling on an industrial scale and an array of Stalinist sympathisers nostalgic for their USSR paradise lost. I remember speaking at a conference at the London School of Economics in 2015 where supporters of Putin’s regime repeatedly and indiscriminately used the terms fascist and neo-Nazi when referring to Ukrainians. Volodymyr Ishchenko, a sociologist from Kyiv rightly accused them of hate speech.

The campaign reached its heights.  Putin repeated in July and December what he has been saying since 2008, that Ukrainians are not a nation, they have no right to self determination and the Ukrainian state is illegitimate, merely an anti-Russia instrument of the West. Novosti Press Agency published a plan by one Timofei Sergeyev to suppress any notion of a Ukrainian nation, involving literally the “elimination” of those who resisted and a thirty year regime of hard labour and re-education of “passive Nazis” who stood on the side lines and did not actively cooperate.

This new rendition of Mein Kampf was published here  https://ria.ru/20220403/ukraina-1781469605.html but it has been taken down since by many internet service providers. The Russia Today television channel broadcast hysterical and racist views by its commentators, including descriptions of Ukrainians as “animals”.

The Kremlin crowned the campaign with an explicit demand for the “denazification” of Ukraine. It is one of the six demands of the Russian team in the peace negotiations. Foreign minister Sergei Lavrov has repeatedly voiced it in meetings with his European counterparts as the way to remove the alleged threat that Ukraine poses to Russia’s security.  What can “denazification” mean if not the ensemble of Putin’s demands, Sergeyev’s plans and the atrocities of the Russian army?

So this is the political context in which Russian soldiers have been primed for the invasion of Ukraine and which lends them legitimacy for their actions: they are going to kill Nazi Ukrainians, who hate their fellow ethnic Russians living  in Ukraine, and who are the very same Nazis holding open the door for NATO to come in and destroy Russia itself. Ukrainian Nazis should be hunted down and killed, without mercy.

Russia’s crack divisions, like the 331st Guards Airborne Regiment, failed to take Kyiv, suffered heavy losses and were ordered to withdraw. They withdrew in anger and humiliation, ready to take revenge. I can imagine what some of these soldiers were thinking as they moved out from Hostomel, Irpen and Bucha. Or those who could not break into Kharkiv or were being driven back by the combined military and civilian resistance. I cannot even start to imagine what we will learn from the evidence they left behind of atrocities they committed. The forensic scientists examining the human remains, the accounts of eyewitnesses who survived, the electronic data retrieved from devices will tell us more. Whether the actual individual perpetrators can be identified is more uncertain.

The Ukrainian president’s office holds a list of all the Russian units that were active in the area around Kyiv. The hackers’ organisation Anonymous has individual level data on all 120,000 Russian personnel who made up the invasion force. Zelensky has called for an international body of judges to hear depositions on war crimes. This work will take a long time but it has started

Protection of the civilian population

Russia’s strategy has changed from its aim to occupy major cities to concentrate its forces in the east and mount an attack using all available troops and heavy weapons. It will now try to draw the Ukrainian army out of the cities and towns where they have the advantage in defence over attacking Russian units. They want to engage them in a more symmetric and direct confrontation, toe to toe. Russia would be able to deploy its massive advantage in troop numbers and sheer firepower to much greater effect. The Russian forces are preparing to attack all along the front from Kharkiv to Mariupol and possibly from the west, from its military base in Tiraspol. The local forces of the DNR and LNR will attack the Ukrainian army from the other side of the front.

The Ukrainian side will have to stay as mobile as possible, to prevent the Russians from pinning them down into a war of position. One of the main challenges they face is to protect the resident civilian population from crossfire, hostage taking, use as shields and other kinds of coerced cooperation with the invaders; and from massacres when Russian forces are defeated. Iryna Tereshchuk, deputy premier and the heads of several oblast military administrations, have appealed to civilians in Donetsk, Luhansk and one part of Kharkiv oblast to evacuate as quickly as possible in order to make it easier for the Ukrainian army to fight the Russians without the additional burden of defending them. The army is now helping them to get out.

The Russian army is intent on preventing evacuations in a westerly direction.  According to Ukrainian ombudswoman Liudmyla Denisova, 700,000 Ukrainians have been deported to Russia, either being forced or acting out of desperation. According to Tatiana Moskalovka, Russian ombudswoman, the deportations are running at a rate of 15-20,000 a day.

Oleksandr Chaliy, member of Ukrainian negotiating team, is arguing that terms of peace should be equivalent to the position that any attack on one signatory to an agreed peace treaty is an attack on all signatories; on that basis Ukraine can agree to become neutral, nonaligned and non-nuclear. The head of the Ukrainian team says Ukraine should remain free to join any alliance, including NATO. So this is one disagreement blocking the search for a united position inside the Ukrainian negotiating team.

The negotiations are proving difficult. One brake on them is that they are being conducted online, not face to face. The second problem is that the Russian side regularly issues public statements and commentaries, which is counterproductive to finding agreements. The third is the heightened pressure exerted onto the Ukrainian team by the discovery of atrocities, attributed overwhelmingly to Russian forces in a war being fought exclusively (with one known exception) on Ukrainian territory.