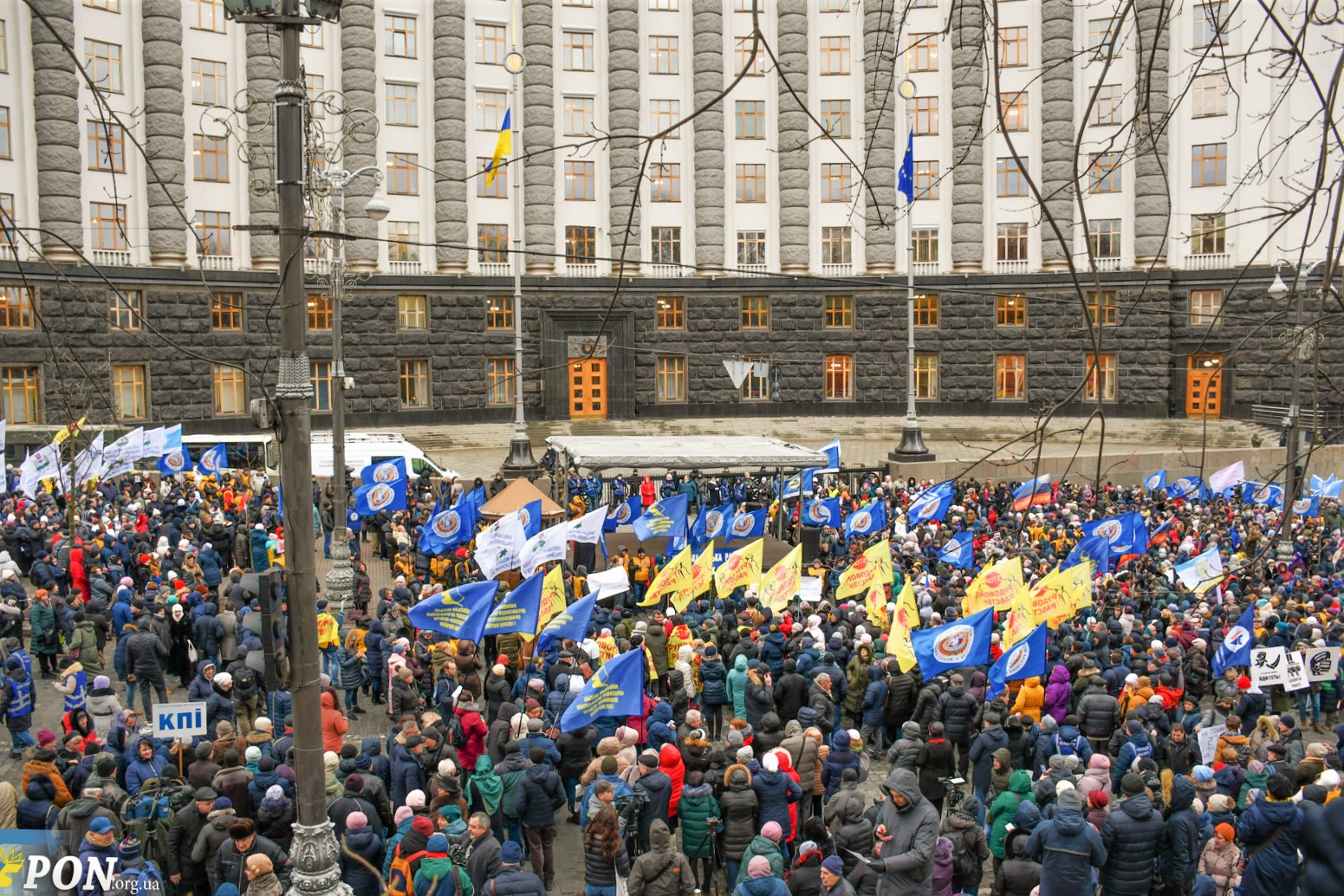 For more than a month Ukrainian trade union have been struggling against the changes proposed by the Government to the legislation on employment rights, trade unions, social insurance and social dialogue. Trade union organisations around the world have offered their support to workers in Ukraine. Published here is a statement by the European Trade Union Committee for Education section of the European Public Services Union

Mr Dmytro Razumkov , Chairman of the Verkhovna Rada of Ukraine

Mr Tymofiy Mylovanov , Minister for Development of Economy, Trade and Agriculture of Ukraine

Europe’s public service workers are concerned about the impact of the new labour legislation on workers in the Ukraine. This will affect the public and the high quality public services workers want to provide. We ask you to with draw the legislation and start a genuine process of dialogue and consultation with the unions.

With this letter, ETUCE representing 132 education trade unions i.e. 11 million teachers in general education – early childhood education, primary education, secondary education, vocational education and training as well as higher education and research, together with EPSU representing 265 trade unions and millions of Europe’s public service workers in health and social services, local, regional and national government, municipal and other utilities in all countries of Europe show their support and solidarity with their member organisations in Ukraine.

Together with Ukraine’s trade unions, we express our dismay at the submission, on 27 December 2019, of the new draft Law on Labour to the Verkhovna Rada (Ukrainian Parliament) by the Cabinet of Ministers of Ukraine without consulting trade unions in good

time, bypassing thus numerous provisions of the national legislation requiring such consultations. Further to this, the text of the bill which would strip workers of legal protections, and unions of their ability to protect them, was sent to trade unions on 28 December 2019, one and a half hour before the Government meeting where the document was approved.

It is with indignation and concern that we have learnt that such draft laws as the bills “On Amendments to Certain Legislative Acts of Ukraine (Concerning Some Issues of Trade Union Activity)” (Reg. No. 2681),“On Amendments to the Labour Code of Ukraine concerning Additional Grounds for Dismissal” (Reg. No. 2584) and some others eroding fundamental rights in breach of international standards have been recently introduced disregarding prior consultations with social partners. All this explicitly violates the very principle of social dialogue and trade unions’ right to be consulted.

According to Ukraine’s trade unions, the provisions of the aforementioned potentially provide for, among other things,:

(1) The unilateral termination of employment contracts by employers in breach of art. 4 of ILO Convention No.158 on Termination of Employment (ratified in 1994), which stipulates that terminations must be based on valid reasons that are either connected with the capacity or conduct of the worker or based on operational requirements. The complete discretion afforded to the employer to dismiss employees without severance pay is likely to particularly impact trade unionists and whistle-blowers.

(3) The expansion and encouragement of the use of short-term and zero-hours contracts creates job and income insecurity, unpredictability of working hours and stress. The draft law allows the use of short-term contracts for up to five years, not taking into account the fact that all too often these contracts are abused, and workers are hired on consecutive short, fixed-duration contracts for work that is of a permanent nature.

(4) The drastic reduction of overtime pay from a 100 per cent premium to a 20 per cent premium, in breach of ILO Convention No.1 on Hours of Work, which requires a premium payment of at least 25 per cent. In addition, the draft amendments reduce existing limitations to overtime work.

(5) The abolition of some social guarantees and reduced protection for mothers with small children, making their dismissal even easier. Moreover, employees will have to disclose all information that may impact their employment to their employer, and pregnancy and health conditions are not excluded from this requirement.

(6) Numerous limitations to the right to freedom of association that breach ILO Convention No.87 on Freedom of Association and the Protection of the Right to Organise (ratified in 1956). This includes the limitation of workplace unions to a maximum of two in direct contradiction with the findings of the ILO Committee on Freedom of Association, which has explicitly stated that legislated limits on the number of trade unions violate the right to freedom of association. Moreover, the draft law requires the forced transfer of trade union property acquired before 1991 to the government, including property acquired with trade union funds. In addition, the minimum threshold for the establishment of trade unions has been increased from 3 to 10 workers, excluding workers employed in micro-enterprises from the right to form trade unions. The amendments also introduce “control commissions” that may observe and control trade union activity and are not solely include non-union members.

Hence, we call on the Ukraine’s Government to comply with and respect international labour standards as well as European social principals. We recall that the Association Agreement between the European Union and Ukraine commits the latter to, among other things, enhance the capacity of social partners and promote social dialogue. As, among other things, the respect for common values lays the foundation of the EU relations with Ukraine, when it comes to social and employment policies the EU is guided by, inter alia, The European Pillar of Social Rights which states that […] “support for increased capacity of social partners to promote social dialogue shall be encouraged” […].

Thus, we call on you to uphold democratic values and principles and to engage in meaningful social dialogue with trade unions.

Ukrainian unions have announced a protest campaign rejecting the draft laws and the approach of the government. We fully support this campaign and express our solidarity with all workers of Ukraine, in particular those who are employed in education. The Public education sector indeed represents the largest share of public services workers, thus the implication of the draft laws will potentially impact them at a large scale. We would like to recall that the teaching profession has been facing severe shortages in many countries in Europe thus endangering the quality of education.

Hence, we demand that the drafts be withdrawn and any formal hearings in the Verkhovna Rada should be postponed.

ETUCE and EPSU continue closely monitoring the situation and support their members in their fight for social dialogue and respect for trade union rights in Ukraine.