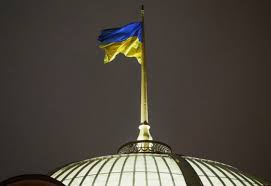 Ukraine: the elections and after, Interview with historian serhiy hirik

Ukraine Solidarity Campaign interviewed the historian Serhiy Hirik about the recent round of Ukrainian presidential and parliamentary elections and the current situation.

1. Why did the Ukrainian voters so overwhelmingly reject the incumbent Poroshenko? What did they expect Zelensky would do for them?

First of all, the Ukrainian voters, a majority of them, always demonstrate their hatred of the current state power. It is part of the Ukrainian electoral culture. The only case when the president was re-elected took place in 1999 and was the result of complicated political combinations. The average Ukrainian voter expected too much from Poroshenko when they voted for him in 2014. Poroshenko promised to end the war but he could not do it. At the same time Poroshenko thought that the Ukrainian voters would vote for him because of his efforts to win recognition for the Ukrainian Orthodox Church from the Ecumenical Patriarchy. Although, even those voters who support thesese steps by Poroshenko (it really is a significant number) were not ready to vote for him. Church and state are divided and the recognition of the Ukrainian Orthodox Church by other churches was not closely associated with the president’s activity in  public opinion. The language question, although it is really important for a large number of Ukrainian voters, influenced the election results only when the state was controlled by officially pro-Russian political forces. For instance, we could see it in the 2012 parliamentary elections when even the radical right “Svoboda” party received more than 10% of the votes. Generally, when an average pro-Ukrainian voter who thinks that the language question is important does not feel a threat to the status of the Ukrainian language he does not support the political party or the politician who tries to play the language card.

At the same time, it seems that such strong support for Zelensky is only a protest vote against Poroshenko as a representative of the old political elites.  Zelensky’s voters are too different from each other.

2. What impact does the war in Eastern Ukraine have on the domestic political situation, and what part did it play in the outcome of the presidential elections?

Since Eastern Ukraine is much more populated than the Central and Western regions the increased voter turnout in the Eastern regions can significantly influence the election results. However, as we can see from the results of the 2019 Presidential and Parliamentary Elections, it did not. The support for the former president as well as for his political parties and other political parties represented in Verkhovna Rada after the 2014 Parliamentary Elections were equally low both in the Western regions and in Central and Eastern ones. At the same time, the possible return of the territories currently occupied by Russia to  the control of the Ukrainian government indeed can change the balance of forces in Ukrainian political life.

3. Why has Zelensky proposed amending the law on lustration to make the holders of the highest public offices in Ukraine subject to investigation, removal and prevention from holding any public office for ten years?

I think it is only an attempt to remove his most significant rivals from the political landscape. I don’t think he will really try to implement this idea, although, since his newly created party has a majority in the Verkhovna Rada, he has the leverage to do it. His new party was created from people with various political and economic views. Ido not see any possibility of real control over them.  I think his party’s parliamentary faction will break up in several months after the new composition of the Parliament will start to work.

4. Are there any new political parties or organisations fielding candidates in the Verkhovna Rada elections on 24 July?

The majority of the political parties that participated in the 2019 Elections were the old ones. Some of them were renamed, for example Poroshenko’s party “Solidarity” became “European Solidarity”, former president Yanukovych’s “Party of Regions” split into two parties with similar names (“Opposition Platform – For Life” and “Opposition Bloc”). At the same time, we see the real triumph of Zelensky’s newly created political party “Servant of the People” that will control more than half of the Members of Parliament. It was founded especially for these elections and can be considered as an almost virtual political group. Despite Zelensky having declared that his party has a libertarian ideology it is impossible to embody libertarian ideas in Ukraine.  The newly created party “Holos” founded by a popular singer, Sviatoslav Vakarchuk, received almost 6% and will be represented in the Parliament. The so-called “party”, avirtual group without any ideology, of the pro-Russian blogger Anatolii Sharii has received about 3% votes and will get state funds for its development according to Ukrainian law. All these parties were more media projects than real political parties, but in a situation where the traditional parties lose their supporters such projects can be successful.

5. What about the independent trade unions – do you detect any increase in activism on behalf of their members or in support of any particular candidates in the Verkhovna Rada election campaign?

6. How do you expect the far left united slate to perform in these upcoming elections?

Since I  sent my answers to you  after the parliamentary elections I think my answer to this question is not needed. However, I think that far left candidates cannot receive any significant support as far left candidates in the contemporary conditions. And this situation will not change during the coming years. I think that  in the current conditions leftist politicians can participate in political life only through entryism into media projects or  by working on a grass-roots level.

7. Is the far right more or less active since Zelensky’s election as president, or have you seen no change yet?

The far right organizations were not significantly active after Zelensky’s inauguration,  but I do not think it was as  a result of the elections. These groups were not tied to former president Poroshenko.  If we are talking about  the National Corps  and C14, they are connected with, but not controlled by, Interior Minister Arsen Avakov. These groups have been connected personally with this politician for a long time and he now declares his loyalty to Zelensky and strictly criticizes Poroshenko’s policy.

The far right groups in Ukraine in general are not active in summer, except in June when some of their representatives tried to attack the LGBTQ demonstration and other events organized during Kyiv’s Pride Week, because a great number of their activists are out of Kyiv then. I guess they will become more active in autumn.

8. What are the prospects for a revival of Ukrainian socialism in contemporary Ukraine, and what is necessary for such a rebirth?

I have replied partly to this question in my answer to no. 6.

The very words “socialism” and “communism” are discredited in public opinion both by the Soviet regime and the pro-Russian policy of the so-called Communist Party of Ukraine. The efforts of some public intellectuals and leftist activists to reactualize  Ukraine’s own leftist tradition, Socialist or Communist, through republishing the texts of Ukrainian leftist ideologists of the late 19th and 20th century is an important work. But such efforts can influence public opinion only in a distant prospect. As for me, in the current situation leftist activists can operate only in the independent trade unions, NGOs and through entryism into the non-ideological political parties.

9. Ukraine has been marking the anniversary of the Ukrainian Revolution 1917-1921. In what way has the vernacular socialist tradition featured in official celebrations?

The socialist tradition is not presented in official ceremonies organized by government institutions as an integral part of the revolutionary heritage. Simultaneously, research on this topic was published in  scholarly publication by state funded academic institutions. As well, papers on Ukrainian socialist traditions were presented on academic conferences organized on this occasion by the state funded institutions. During the so called “decommunization” in 2016-2018 streets in Ukrainian cities were renamed after Ukrainian socialist politicians of the revolutionary era, such as Panas Fedenko in my native city of Kryvyi Rih. But they were honoured as national workers, their socialist views were not even mentioned.

10. What lessons can the contemporary ‘new left’ learn from the history of the revolution in addressing problems of contemporary Ukraine?

It is very complicated question. The current situation cannot be compared to the situation 100 years ago. Sure, the ideological heritage of the Ukrainian socialist political thinkers as well as the heritage of Jewish and Russian political thinkers who operated in Ukraine have to be analysed by contemporary Ukrainian leftist activists. But in 1917 Ukrainians were considered first of all as an ethnic nation and were represented mostly by peasants.and the political thinkers of that time took into account these realities. Now we can see a constituted, multi-ethnic, urbanized Ukrainian political nation. If in 1917 the Ukrainian language was first of all the language of peasants and some intellectuals, now it is the language of more than half of the urban population, even in Central Ukraine. I believe that the most topical part of their heritage is their opposition to imperialism (or neo-imperialism, especially the Russian one) and condemnation of chauvinism and especially antisemitism.

11. As a specialist in Jewish studies, do you consider contemporary Ukraine is effectively engaging with problems of its own history as regards Ukraine’s Jewish community? What more needs to be done?

Many Ukrainian historians, especially those who specialize in local history, are engaged in research of the history of Ukrainian Jews. The Ukrainian NGOs are making  important efforts to preserve the historical monuments of Jewish communities, first of all the old synagogues and cemeteries as well as places of mass executions in the time of the Holocaust. In some cities and towns the local authorities also participate in such efforts. The state organized official commemoration events in 2016 on the 75th anniversary of the mass executions of Kyiv Jews in Babyn Yar. But the Jewish languages are taught only in a few universities, thanks to private initiative. The same we can say also with regard to the history of Ukrainian Jews as a part of the history of Ukraine.

However, the situation with research on the history of Ukrainian Jews and teaching of these topics as a part of the history of Ukraine is much better than the situation with respect to research on the history of Poles, Bulgarians, Greeks in Ukraine or even Crimean Tatars. I think that the universities have to pay more attention to including courses about such ethnic and religious groups into their curriculum. Also, the Ministry of Education (it still controls the high school curriculum) can influence the representation of such topics in textbooks on history for high school students.