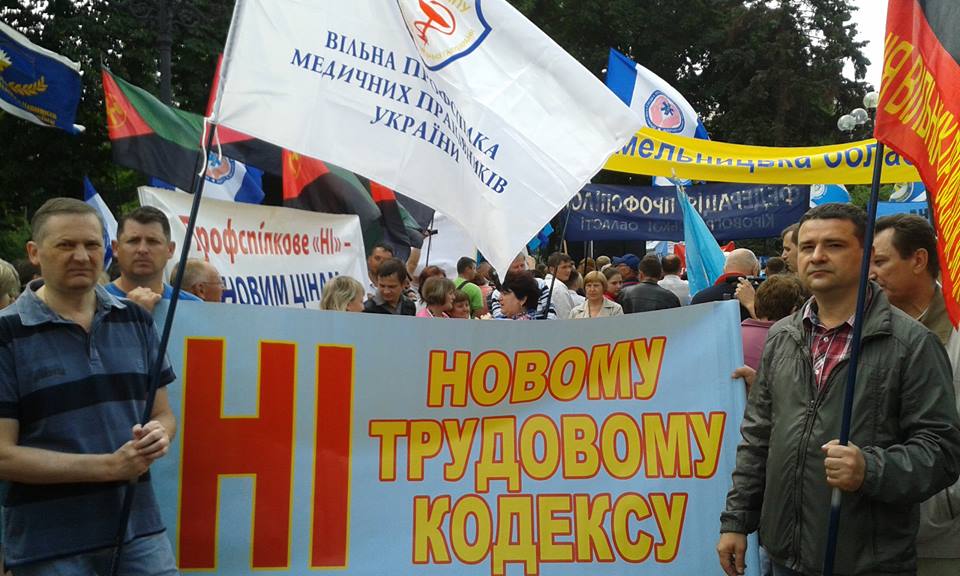 Ukraine has been ranked among world’s worst countries for workers

The International Trade Union Confederation (ITUC), the global confederation of national trade union centres, has published its annual Global Rights Index  – and Ukraine comes out badly.  Ranked as amongst those with ‘No guarantee of rights’ – and is rated amongst  the worst countries in the world to work in.  This means while the legislation may spell out certain rights workers have effectively no access to these rights and are therefore exposed to autocratic regimes and unfair employment practices

The ITUC has investigated and documented repression and abuses faced by workers who stood up for democratic rights and freedoms, equality and social justice. Based on the evidence collected, ITUC produced the report which covers internationally recognised core labour standards, specifically civil rights, the right to bargain collectively, the right to strike, the right to associate freely and access to due process rights.  Here is the section on Ukraine from the Global Rights Index 2017:

Since April 2016, workers at the Kurynivske trolleybus depot of Municipal Enterprise “Kyivpastrans” tried to create a local union affiliated with the Free Trade Union of Railway Workers of Ukraine (VPZU). However, management refused to recognise the union and its legitimate activities, prohibiting it from exercising any function envisaged in the legislation to advocate for workers’ rights. The acts of retaliation escalated: no membership dues were transferred to the trade union account and unionised workers experienced psychological pressure, for example they were denied shifts, their schedules were changed, their bonuses were cancelled, they received unjustified reprimands and those who were living in company dorms were threatened with eviction. Furthermore, the company fired three activists without valid legal grounds and denied workers access to the collective bargaining agreement.

In response to these violations of basic labour rights, four members of the VPZU trade union of Railway Workers of Ukraine started a hunger strike on 3 February 2017 demanding an end to basic rights violations and the reinstatement of the three illegally dismissed workers. The workers who undertook the hunger strike are Andrew Samko, the head of the independent trade union of Kurynivska trolleybus depot, KP Kyivpastrans, and trade union activists Tatyana Oleynik, Natalia Pristinska and Andriy Troyan.

The Free Trade Union of Medical Workers of Ukraine (VPMPU), part of the territorial medical association “Kyiv Dentistry”, was prevented from participating in the collective bargaining process. The registration of VPMU is currently being reviewed by the National Mediation and Conciliation Process as part of the ongoing collective labour dispute. Unionised workers were pressured by management into withdrawing their union membership and were also targeted for other acts of discrimination. In September 2016, VPMPU members announced ongoing protests near the Ministry of Healthcare, setting up a tent city and starting a hunger strike carried out by the head of the union, Mr. Panasenko, and some activists. However, the camp was attacked by unknown persons, and all property and personal belongings (including documents) of the protesters were destroyed.

The Cabinet of the Ministers of Ukraine and the Ministry of Finance approved two executive orders, respectively Order No.440 and No.553. This new legislation provides stricter requirements for financial reporting and for the recognition of the non-profit status of trade unions. It requires unions to submit extensive reports on their activities to national tax authorities. The Confederation of Free Trade Unions of Ukraine (KVPU/ FTUU) believes that these orders violate the principles of trade unions’ independence and freedom of association contained within ILO Convention No. 87, which was ratified by Ukraine in 1956. Through this intensive and intrusive power of control over trade unions’ financial situation and legal status, it is possible for the Government to interfere in their legitimate activities, which erodes their independence.