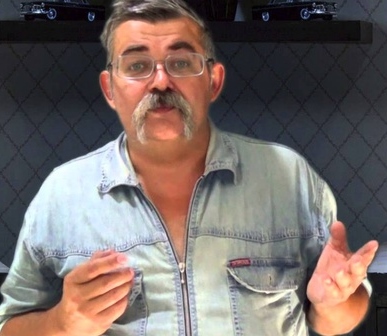 Sergei Ilchenko is a trade unionist and socialist, freelance journalist working for Ukrainian, Russian and Moldovian internet media. He has defended the democratic movement in Ukraine around EuroMaidan.   He is now under detention by the Russian authorities and is appealing for solidarity.

Michelle Stanistreet General Secretary of the  National Union of Journalists has already written a strong letter in support of Sergei published below in full.

I am writing on behalf of the National Union of Journalists, the voice for journalism and media professionals across the UK and Ireland. The union was founded in 1907 and has 30,000 members. It represents media workers including staff, freelances and students working at home and abroad in the broadcast media, newspapers, news agencies, magazines, books, public relations, communications, online media and photography.

Members of the NUJ are deeply concerned about the ongoing detention of the journalist Sergei llchenko in Transnistria. His arrest and detention since March over his legitimate journalistic activities has rightly resulted in international condemnation about the interference and intimidation of journalists going about their work.

We urge you to intervene in this matter and release Sergei llchenko immediately.

The authorities have also seized llchenko’s computers, modems, phones, cameras and video-cameras. They also took work-related accreditation documents, passport, bank cards, car documentation and driving licence. We would ask that these items are returned to llchenko.

We further ask that you take steps to ensure that the freedom of the press is properly respected in future.

I look forward to your swift response. Yours sincerely,

We republish a report by  People and Nature on the case.

Trade unionists and media freedom campaigners are seeking international support for Sergei Ilchenko, a veteran journalist detained on trumped-up charges by the authorities in the Transdniestr republic. 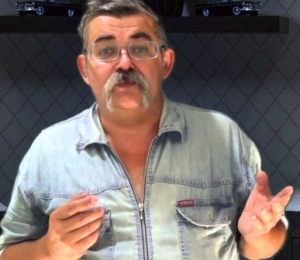 March, after he participated in an opposition rally in Tiraspol – and refused to delete a report and video footage from it.

He has been detained for nearly four months, awaiting trial on charges of “public incitement to extremist activities”, which carries a prison sentence of up to five years.

Ilchenko’s colleagues believe that the security forces resorted to provocation, posting fabricated texts on social media and claiming they were authored by Ilchenko. On the day before Ilchenko’s arrest, he told colleagues that his social media accounts had been hacked.

Ilchenko writes for Moldovan, Russian and Ukrainian media. He is also a left-wing political activist and has been involved in the activities of various trade union fora. The Committee to Protect Journalists has called for Ilchenko’s release (see statement here), as has the government of Moldova (here, in Russian) and the Ukrainian independent media workers’ union (here, in Russian). The Council of Europe is monitoring the case (see here). But more pressure is needed.

The conflict in Ukraine, and Russia’s support for separatist forces in eastern Ukraine, has brought with it a swathe of attacks on activists across the region. The killing in eastern Ukraine has been accompanied by assaults on civil rights and media freedoms much further afield. We need to fight every case. GL, 14 July 2015.

What can we do about this case?
A list circulated by trade union activists says that the campaign needs:

■  Appeals to the foreign affairs ministry of your country, calling upon them to put pressure of the Transdniestr authorities, seeking release of Sergei Ilchenko.

■ Delegate representatives of NGOs and journalists’ organisations to Tiraspol as independent observers at the trial of Sergei Ilchenko and to ensure its fair coverage.

An appeal by Sergei Ilchenko published in April on several web sites in Transdniestr stated (in part):

I, Sergei Eduardovich Ilchenko, independent journalist and political analyst, was arrested by the authorities of the unrecognised Moldovan Republic of Transdniestr on absurd and obviously fabricated charges.

Essentially, it is alleged that I anonymously (!) distributed some texts “with extremist content” on two little-known [internet] forums. In fact I still have not seen these texts for which I am accused: the investigator, Dmitry Minkovsky, refuses that to me, claiming that this is due to the “secrecy of the investigation”.

The absurdity of the situation and the completely trumped-up nature of the charges is crystal clear. Take, for example, the chronology of events: according to the investigator, the texts were posted on 18 March at 12.15,

and at 13.0 they had attracted the attention of the Committee of State Security (KGB) of the MRP … and at 21.30 on the same day, a group of KGB officers, acting on D. Minkovsky’s orders, undertook a search of my flat, and also that of my son Nikolai, who is just starting out as a journalist and photo-correspondent.

What were they looking for? Formally – “extremist material”. In fact – they impounded everything they could lay their hands on. They took all computers and phones – not only mine and Nikolai’s, but even those belonging to his mother Valentina Ilchenko, that were in her room. They took cameras and video-cameras. All modems. They took all my journalist’s documents of accreditation, even those that had run out long ago. My international passport, bank cards, my car’s roadworthiness documents and my driving licence. They took a souvenir model sword, given to me as a present by my older son Andrei. They began an expert analysis, to try to prove that this is a weapon, and to fit up Nikolai and myself on charges of possessing weapons.

Nikolai is also supposedly an accessory, since at a time when he was still a school pupil, he asked me to let him have a model Japanese sword (one of Andrei’s two presents) to decorate the wall.

They also took from Nikolai a crossbow – the sort that is sold without any documents or registration in any sports shop in Ukraine – and started an analysis: isn’t this a dangerous weapon?
After this, on 21 March, the most just Transdniestr court, not on the basis of proof – there isn’t any of that in the case file – but simply by the request of the investigator, without hesitation issued a constraint on me – detention in custody. Nikolai was left at liberty, but the investigator’s activity is clearly aimed at jailing him too. […]

What is [the point of the case]? It’s very clear. It’s the will of the Transdniestr government to finish with any independent journalism. Nikolai and I are among the few remaining journalists who dare to describe and report the unpleasant realities of the republic in full and without equivocation, while remaining within reach of the republic’s repressive machine.

All the others – those, who have dared to oppose [president Evgeny] Shevchuk and his team have long since been pushed to emigrate, or deprived of any possibility of speaking out publicly, for example with the help of absurd prosecutions. Or they have made their peace with the authorities and have become “intra-system oppositionists”, imitating “the freedom of speech” in Transdniestr.

This ridiculous and shamesful criminal case, which has grown out of a provocation undertaken by the KGB of Transdniestr, will not of course spoil the reputation of the “Transdniestr republic”, since the current authorities don’t have a reputation to spoil. […] On the other hand the criminal investigation of myself, and particularly of my son Nikolai, casts a shadow on the other participants in the negotiations [on the status of Transdniestr, i.e. Moldova, Ukraine, Russia and the Organisation for Security and Cooperation in Europe, plus the US and EU (observers)] and on the negotiation process as a whole. This is because the very fact of these negotiations to an extent legalises the Transdniestr regime, which is crudely breaching basic human rights on the territory that it controls. […]

This is about far more than the illegal actions and absurd allegations made against my son and I by the authorities. Our case is just the tip of a gigantic iceberg of unlawfulness that has solidified around tens of thousands of citizens. Our case is just one of the indications of the extremely bad situation regarding human rights in the unrecognised republic.

■ Links to more information about Sergei Ilchenko on the Russian Reader blog here.

■ More on Russia and Ukraine on People & Nature:

The desire for justice has not faded, by political prisoner Aleksei Gaskarov (January 2015)

War as a means of social control (October 2014)