According to Tribune the left-wing Labour paper founded by George Orwell, the Tory led Government has betrayed Ukrainian workers wishing to work in EU countries and will subject them to discriminatory treatment.  Ukrainians in the UK should take note if considering supporting the Tories in the coming election, for all their anti-Putin rhetoric under Cameron the Tories have taken  £1 million from Russian backers according a report in Labour List, an official  Labour Party site.  The article from the March 5th issue is republished below.

Britain is refusing to implement a European Union agreement to waive visa charges for Ukrainians seeking to come to the country in advance of the general election, Tribune has learned. 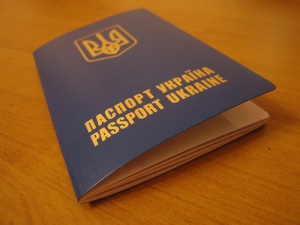 The decision – confirmed by the Home Office – comes as David Cameron upped his rhetoric against Russian President Vladimir Putin, threatening more sanctions against Russia unless the current ceasefire in Ukraine holds. The reason for the decision, which the Home Office won’t say, is believed to be fear of another immigration row.

Under an emergency aid package agreed last year to help Ukraine and encourage it to look to the European Union, the deal included a series of moves for EU states to open up borders to Ukrainians.

The agreement said: “Mobility is an important area where the Commission believes meaningful, visible, short-term steps should be taken.

“While a number of them depend on the political decisions of the member states, the Commission is willing and read to pro-actively facilitate swift and efficient coordination in this area.

The Commission fully recognises the importance of mobility and people-to-people contacts for Ukrainian citizens and will support Ukrainian efforts to move forward the visa liberalisation process as quickly as possible in line with the agreed conditions of the Visa Liberalisation Action Plan.”

Among the measures the EU agreed is to abolish all visa requirements for Ukrainians seeking to come to the EU for any 90-day period in the Schengen zone which covers 22 of the 28 EU states plus Iceland, Norway, Switzerland and Liechtenstein. Only Britain and Ireland have a permanent opt out.

For other countries the EU agreement says: A “Visa Facilitation Agreement is in operation between the and Ukraine and the Commission encourages member states to fully exploit its potential. It gives member states the possibility of choosing from a series of measures, including waiving visa fees for certain categories of citizens. In addition, the visa code gives the member states additional options to waive the visa fees for further categories, such as, for example, children.”

The Home Office was adamant that it need not follow any of these guidelines. A spokeswoman said the agreement was equivalent to “a memorandum of understanding” between the EU and other member states outside the Schengen area and the UK need not implement anything.

The spokeswoman said the Home Office was not bothered about the freedom of movement agreed for Ukrainians without visas within the Schengen Area as it would not affect border controls with the United Kingdom.